A rabbit’s temperature, pulse rate, and respiration rate are known collectively as vital signs and are indicators of whether or not your rabbit is healthy.

It’s important to know your rabbit’s vital signs when they are healthy so that if they seem “off”, you can compare their current vital sign readings to their normal vital signs and see if something is in fact wrong.

How to Take Your Rabbit’s Pulse Rate

How to Take Your Rabbit’s Respiratory Rate

It’s not a bad idea to have these “Normal Rabbit Vital Signs” somewhere easily accessible when you need them, such as on your refrigerator or in your rabbit first aid kit. Having these on hand when you need them helps take some stress out of an already stressful situation.

A rabbit’s body temperature can vary by several degrees given the individual rabbit and/or the time of day you take their temperature. Because of this, it is important you know your rabbit’s normal; what’s a “normal temperature” for one rabbit may not be “normal” for another.

To find your rabbit’s normal body temperature, you should take it several different times throughout the day to come up with an average.

It’s a good idea to become familiar and adept with taking your rabbit’s rectal temperature to reduce stress on both you and your rabbit. Everyone being familiar with the process also helps get a more accurate reading when you need it.

Ironically, people are usually the ones who are much more uncomfortable with the whole process of taking a rectal temperature reading. Remember, rabbits don’t have modesty issues, so don’t be shy or bashful about it! The most stressful part of temperature taking process for a rabbit is the act of being restrained or turned on their back. That’s why it’s important you and your rabbit practice the process so they’re more familiar and comfortable with it all.

Many of our rabbit experts say they find it easiest to take a rabbit’s temperature while the rabbit is cradled on its back in a person’s arms. Cradling them with their feet pointed up allows for better visibility of the area, easy viewing of the temperature gauge, and perhaps most importantly, minimizes the chance of the rabbit jumping and injuring itself while the thermometer is inserted.

Most people find that a digital thermometer is easiest and gives an easy to read number. Never use a glass thermometer due to possible breakage issues. Before inserting the thermometer, always lubricate the end of the digital thermometer (about one inch) with petroleum jelly to make insertion easier and more comfortable for your rabbit.

Video Courtesy of Georgia House Rabbit Society. This video really helps show how to take a rabbit’s temperature, and why cradling them in your arms is the best way to do it.

Note: At the beginning of the video she states a rabbit’s normal rectal temp is 101℉ to 103℉ and anything below or above should be of concerned. We House Rabbit Resource Network have found that several of our rabbits’ normal temps stay around 100.5℉, or on the other side of that, 104℉. That is why we give a slightly wider range than she does in her video.

*Important Note: Feeling the warmth of your rabbit’s ears is not an adequate indicator of rabbit temperature.*

What Does a High or Low Temperature Mean?

When a rabbit has an elevated temperature of or above 104.5 °F, it can indicate a systemic infection or an underlying medical condition. 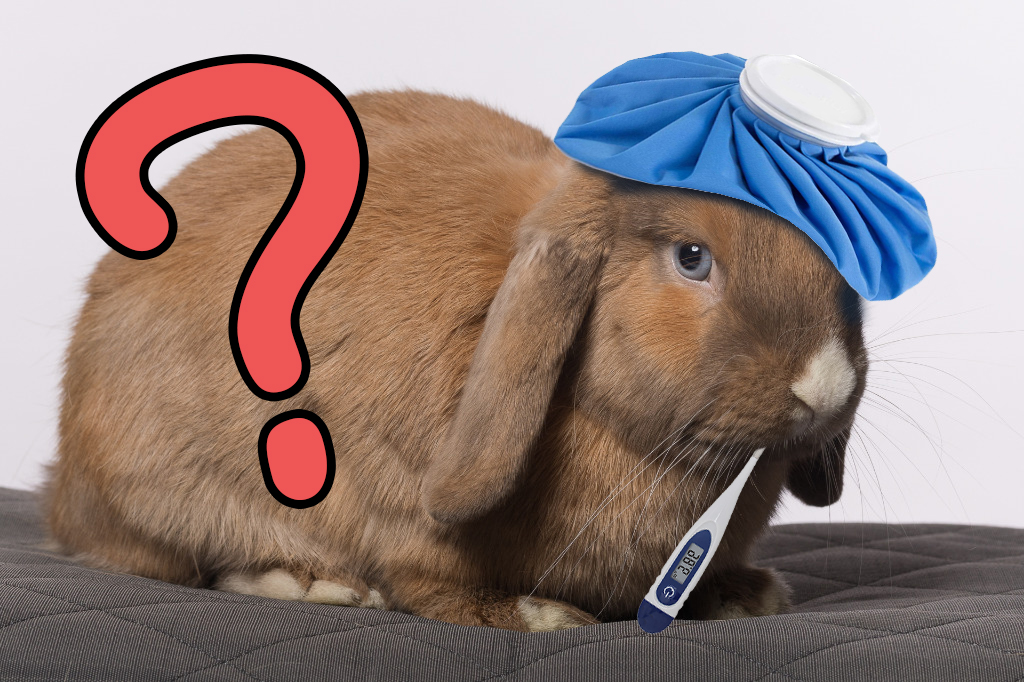 Normally, a high temperature is also accompanied by reduced/loss of appetite, lethargy, or just looking physically uncomfortable. But even if the high temperature is the only symptom, they need to see a rabbit-savvy veterinarian immediately. Rabbits can suffer permanent physical damage from prolonged high body temperatures.

Reduced temperature (anything below 100 °F) means the rabbit is going into or already in shock.

Most rabbits have the unfortunate response to severe pain by “shutting down” and going into shock (which is why their temperature drops). A drop in body temperature may also be accompanied by tooth grinding and hunched body position, but that’s not always the case.

The first sign of shock in your rabbit may be their lack of response to stimuli. For example, your rabbit doesn’t run up to you for pets or treats like they usually do. Instead, they sit curled up in the corner of their cage.

If you notice your rabbit acting this way, you need to take their temperature immediately. A rabbit with only a slightly lowered temperature (99 °F or higher) may be able to be warmed up quickly if held on your lap or placed on a warm heating pad.

The warming-up process may take up to an hour or so depending upon how depressed the temperature is. While using a heating pad, make sure that your rabbit can get away from the heat source on its own when it feels warmed up. Never leave a rabbit near a heating pad unattended. Usually, a rabbit will let you know when it’s warmed up enough by becoming restless and wanting to stop being held. When warmed up, they’ll also start to “perk up” and be more responsive to stimuli again.

Once your rabbit’s body temperature is back up to a safer level, you can focus on determining why it dropped in the first place. Gas, Gust Stasis, or bladder issues are some of the most likely candidates. If your rabbit’s temperature stabilizes for several hours and begins eating, drinking, and pooping, it was probably just gas pains, and there’s no need to visit your veterinarian. But keep a close eye on them for the next few days, as something like gut stasis or liver torsion can have symptoms come and go at first. If you’re unable to get them eating, drinking, and pooping again, you need to take them to the veterinarian as soon as possible.

If your rabbit’s pulse rate is too high or low, it can indicate an underlying sickness or injury. Discovering a high or low pulse rate needs a rabbit-savvy veterinarian’s attention. 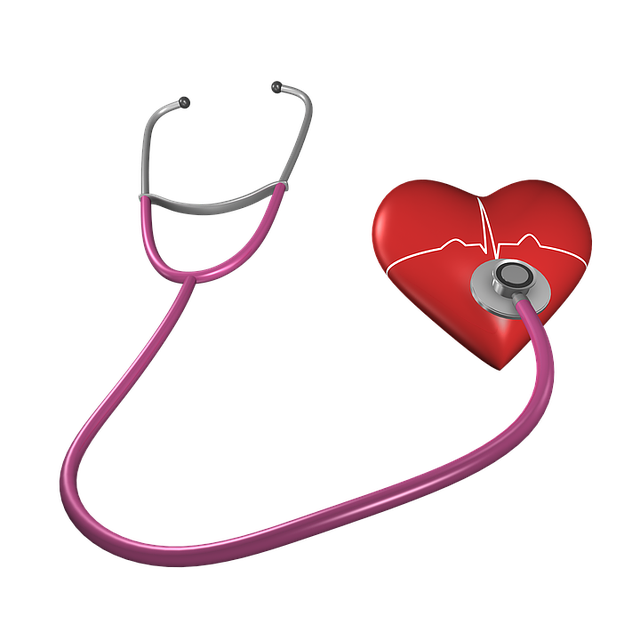 How to Check for a Pulse

You can take your rabbit’s pulse rate in two ways:

Once you find the heartbeat in either of these places, count the number of pulses you feel for 15 seconds, and then multiply by four.
Example: I counted my rabbit’s pulse for 15 seconds, and counted 54 total beats. So, I take 54 x 4 = which gives me 216 beats per minute total. The normal Pulse Rate range for a rabbit is anywhere between 130-325, so my rabbit is within the normal pulse rate range. 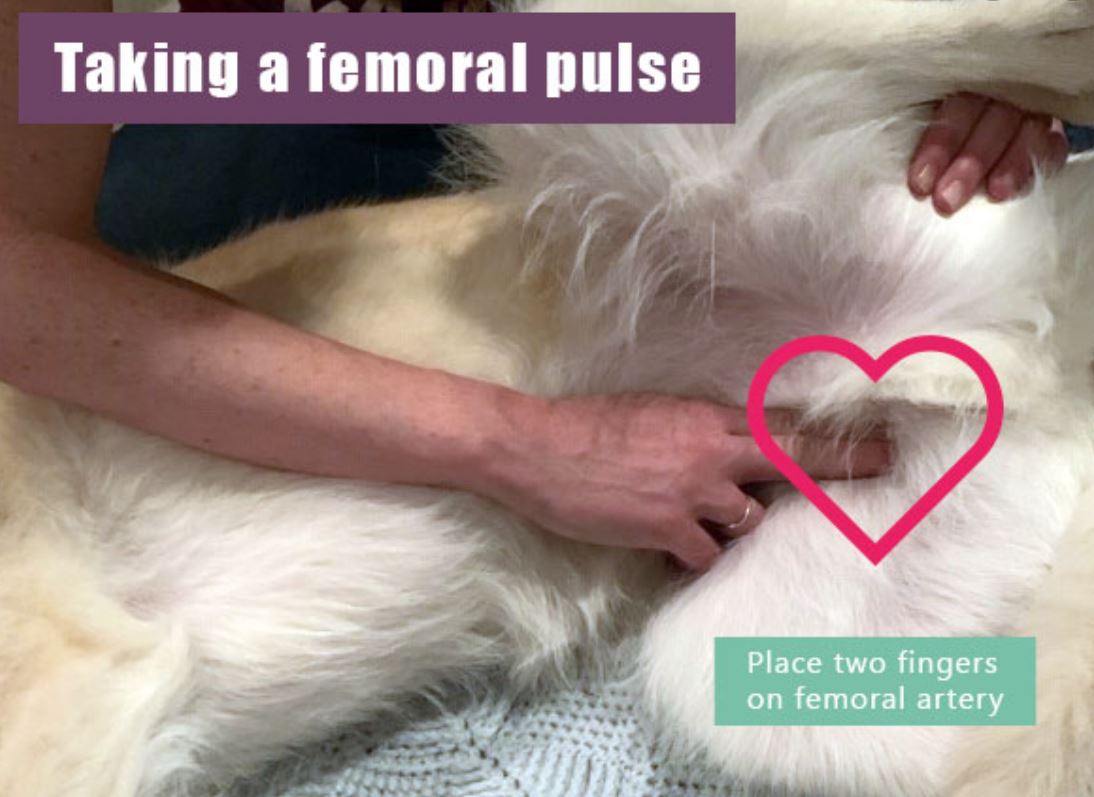 Note: When you do this on your rabbit, do not flip them over, you can easily get it while their standing on all fours. 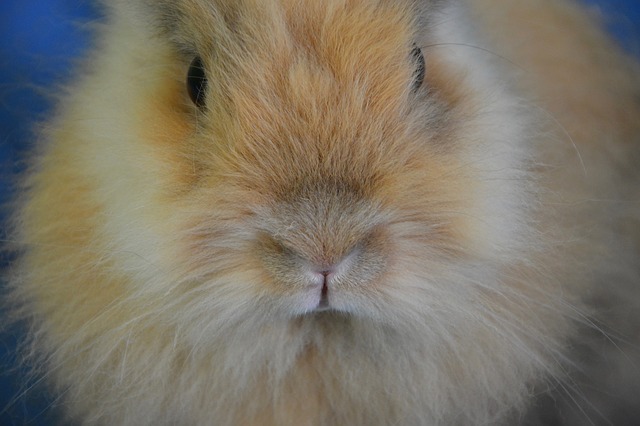 How to Check for Respiratory Rate

Finding your rabbit’s respiratory rate lets you know how fast or slow your rabbit is breathing. Think of how fast you breathe after you go running. You know you’re breathing fast because you went for a run. But what if you start breathing that fast and you’ve been sitting around doing nothing? That’d be cause for alarm and you’d go see your doctor. It’s the same with your rabbit. If your rabbit is sick or injured, their breathing may be one of the first signs that something is wrong.

To find how many breaths your rabbit is taking in 1 minute:

Other Medical Information and Resources

There are no upcoming events at this time.